9TH CARAVAN TO CATCH A KILLER-PART ONE

The Ninth CARAVAN TO CATCH A KILLER-PART ONE has begun. Memphis was unbelievable. Bofta Yiman, the Fox reporter and her photog spent a few hours with me. They aired our story at 5 and 9 that night and the morning show intro'd and aired it in different ways at least 4 times. People in the community let me know they saw it and were moved. Moved hopefully to look at the DNA at Arrest laws and rape laws and statutes.
Why is it that every time we finally catch a killer of a young woman, his DNA matches backwards over 10-15 years and multiple victims (I have many case examples of this). This often occurs for a few reasons. We find that these predators have been arrested but rapists often aren't convicted because the defense lawyers still, even in the modern world, develop some doubt with juries that somehow the victim's behaviors contributed to it. Yet rape has been proven to be a violent act that only uses the sexual act as a tool of violence.And judges and lawmakers can have these unsupported beliefs. Thus they don't even get convicted and are free to rape again and if their state doesn't take DNA at arrest, there is no record, no way to match his DNA to the crimes. It remains unidentified. And if they get convicted many judges will give them minimal sentences so they are often let out before their DNA even gets up into the system. 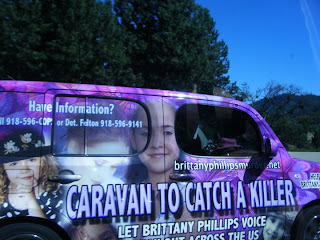 Have a story with Knoxville tomorrow and then a story in the afternoon in Roanoke!!!. Then to NYC. If anyone knows media there it is a hard nut to crack!!
Posted by Maggie at 1:11 AM