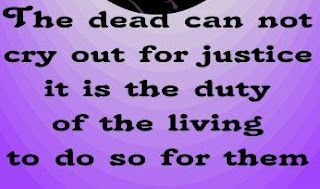 Well I am in Louisville now. First thank you all for the gifts of hugs, prayers, well wishes, smiles thumbs up, donations. I will most likely be home Sunday eve.
It has been a hard road since I left the Northeast. And sadly I think my bank let me know I hit the red two days from home. It would have been a lot sooner without all the donations!!!

I went up to Erie Penn, after Hartford was silent, then Erie was silent, so went to Winston Salem....silly me forgot John E was on trial there for a mistress when he was running for resident...........................That was a week of staying a day longer at hotels hoping a story would come.

Hit Augusta and they did a great story. Then drove to Orlando and St Pete. SAW JOSH!!!! He looks great, seems happy and keeps advancing at Apple and with his company. Hoped for a mother's day story in St. Pete where Brit was born and where she had been only 4 months prior to her murder. Stayed  long there but no story. Went to Macon and they did a great story. I will post it. Then hit Huntington WV, an area I really had not covered and 3 days no story.

Now in Louisville, THE LAST CITY  I have money to get home but overdraft charges will double every withdrawel so need to get home before all is gone.

Only in Louisvile since last eve. I hope this last city gives us a final story. My heart is breaking heading home, It would break a little less to have a closure story. Brit lived her for 2 years , visited my parents alot. She was on buses and in the airport during the 1991 United Way Campaign!!!

Thank you everyone who have made this trip what it was-- in its gifts the waves on the road, those at rest stops who hugged, shared a tear, the people donating on line, the people who emailed me that they saw me when they could have just gone on, ideas that were sent, tips and so much more!

Some of you apologized because your donations were small (in your mind) but they all helped me get to 2 days before home before my money went into the red. It would have happened much sooner without. You all have a place in my heart for everything you all did.   with love and caring Maggie-Brittany and Joshua's mom
Posted by Maggie at 10:46 AM 0 comments

Northeasterners you warm my heart!!!

I am in awe, deeply hubled, warmed, feel supported with all the contacts thta have come from the Yahoo website.New England Cable News NECN tends to be quality reporting, He said Tahoo has picked up many of their stories because they report on what people can identify with. I told Jack if keeps this up I could faint! 1st I get a story in a city I didnt get the last time I was there, Then it is with a News Service that is boradcast in 7? states AND THEN it gets picked up by Yahoo. Geeze Louis. What an extended gift. Then the 1st of being pulled to the side of the road for a donation, someone seeing me driving in to a town and trying to find a way to contact me before I even get to hotelOf course that just confirms I should be doing this 24/7. Then there are these new contacts..... I hope people know how much this contact means to me 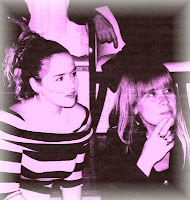