Will 9th CARAVAN TO CATCH A KILLER BE LAST?

Ah well...no responses from NYC/national media/nor from anyone who, (from my suggestions), followed up my national queries with their emails nor ideas about other media. If I didn't ask, I would never know if someone might know something. Guess will head home late wed or early Thursday. Someone said try sleeping in Wal-Mart parking lot. Could work for not having money and exposure. Although proud ...that I have done most of the 9 CARAVAN TO CATCH A KILLER- TOURS on my own funds (35-$45000) with my single limited income that goes to bills, crises like water heaters and broken cars and a little to son, by not eating out, nor going to movies, doing only what is free, travelling is just caravans no vacations, at the same time there is an ache in my heart that I can’t afford things or can’t raise interest in others helping raise funds for things like profilers, cards to be handed out in prison, reward funds, all which would help solve Brit’s murder. Sadly many of the unsolved murders are about lower andlower middle income families who justy don’t have resources or time to add to their investigation. I guess that is why I designed Brittany’s Bridge, trying to gather as many of the unsolved homicides as I can and get people to share the compiled and hopefully growing lists with their own PDS. Please keep spreading the word. I would really appreciate it if anyone wants to explain toe if any of these ideas are offensive or come across wrong 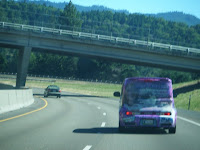 Please don't forget to spread the word about Brittany's Bridge. I am seeking out unsolved homicide survivor families and friends to contact me with whatever information they can share on their case. This will begin the foundation of a national network of all of these cases. Initially, in small numbers, we will exchange our stories with each other and share other unsolved homicides with the local P...D. I will create the MAster list. All you will be asked to do, is give the list to your detective or local PD. If you don't have anyone to give it to or feel uncomfortable, I will create a connection. I have walked into many PD's across the US and had conversations with their sargents etc. Just think if the group gets large enough, think of the network of information that will be shared. You won't need a CARAVAN to get the word out. Please share with all friends and contacts on your email, on your website, etc. I can be contacted at therapoet@aol.com or you can call at 9186292317

Dateline, 48 hours, The First 48, all always do such great investigative shows. Please anyone who agrees, write them about the need beyond the important jobs issues, the missing and abducted, the across the ocean murders, please do a story about all the unsolved homicides that dot our nation that I have heard about on my 53000+ mile mission of CARAVAN TO CATCH A KILLER. Visit facebook.com//mom.missing.brittany and brittanyphillipsmurder.net