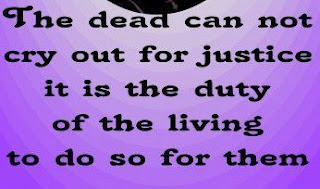 MILES OF TEARS POKER RUN
Meeting at Loves store on Main Stree Henryetta.
10 am BE READY TO RIDE TO REMEMBER

Route will be announced nearer the ride but it will be pretty and pretty fun. We will end up back at Olkmulgee lake in Henryetta (where photo taken) At the end there will be a raffle with multiple prizes, possible silent auction, a 50-50, free water and amybe some free food...although $5 will get a good feed. $25 per rider/$10 for extra hand......

...
In honor of Brittany Phillips and all the unsolved murders of our loved ones (Brittany was brutally raped and strangeled in her aprtment next to Union High School & buried on her 19th birthday.
Brittany was away at college on a fullride chemistry scholarshi but came home after her freshman year. She was a year younger than most freshman so came home to be near family.

She was working and going to TCC to get a few more credits to transfer to OSU. She and her brother planned to move to my house in Chandler.

3 months before sahe was murdered she moved into Gleneagles aprtments right next to Union Highschool. In all the years at Union we never heard anything bad about these apartments.

After she was found in her apartment (dead for 3 days) we learned there had been other attacks at the aprtment but if they don't go through the poilice, the apartment never tells renters about it. We lost tips during those first years.

2 years after her murder the apartment company changed their name to Sommerset Park at Union, told us they didn't have to tell anyone about her murder & tried to ban me from the complex. I routinely park across from Mingo and get more info that way

In honor of all those lost to murder and families still feeling the echoes of the loss through the cases being unsolved.
Help save lives by learning about simple law chnage that can hurt no one but can save lives
Learn how police DNA does not have any genetic information and how the one thing DNA at Arrest does is stop dangerous people early in their careers. When we wait until conviction , we usually match rapists and murders DNA backwards over 20 years

Brittany's murder was most likely preventable